Hello all,
Here are first images of Nauplius, alga, diatoms and a sand grain collected with the DIY 25um plankton net. It was towed by a friend at the depth of ~3m in the Meditteranean Sea, near the shore. The large nauplius is ~1mm long. Imaged with a 6.3X0.16 Plan or 10X0.30 Neofluar, POL or DF+POL.

Beautiful images and a nice haul too. Life takes so many forms it's a bit mind boggling.
Top

A successful trial! How did you get it to remain at -3m and why did you choose that depth? Is it supposed to especially rich in plankton?
Zeiss Standard WL (somewhat fashion challenged) & Wild M8
Olympus E-P2 (Micro Four Thirds Camera)
Top

Thanks folks
75RR, my friend who towed the net choose the conditions - I will have to ask him, he knows the sea...and its inhabitants. In alga-rich drops within the jar of ca. 100ml of collected seawater, there are (say) 2-3 naupli per drop. The alga are tiny, fibrous, thin, brown.
Zeiss Standard GFL+Canon EOS-M10, Olympus VMZ stereo
Top

Hi Doron,
nice dark field images! Did you make them with your new cardioid condenser or with your nice phase condenser?
Have I missed your post describing the plancton net?

There are very few manufacturers of these nets and even here in Germany, were we have a comparatively rich market there are not many available, and none of them for little money. So how did you make your net?

The images were done with the Ph3 phase contrast position of the turret condenser, which creates DF with the 4, 6.3 and 10X objectives (maybe the 16X objective as well). The cardiodid is being prepared for repainting - if successful, I will post a report.
No, I did not previously show the net, and it is not with me right now, but here is a description. It is modified from the various recipes of plankton nets for children on the www. Dimensions are provisional and nothing has been "optimized".

The fabric is a 25um Chinese nylon cheese filter cloth, purchased via Aliexpress by the square-m. It is woven, yet thin enough. A cone (frustum really) was formed by overlock machine stitching (a friend's contribution). The top and bottom hemline stitches leave space for threading a wire loop, that keeps the openings of the net round and stiff. The wire was a piece of a single-braided thick electrical coated wire (~2mm diameter of the metal or so).

The top wire loop is the anchor, via three small loops, for three strings that are tied to the towing gadget. The bottom end of the fabric cone is wrapped around a "funnel" - namely, the neck of a 2-liter disposable soda bottle, including the thread, which protrudes outside of the cloth cone. The collecting vessel is a small (~100ml capacity) wide disposable jar (cheap kid's birthday party stuff). The lid of the soda bottle and the lid of the jar are glued back-to-back to each other (with Super-7 glue). A wide hole is bored through the combined lids, to allow liquid passage from the cone to the jar. The lid is screwed onto the soda bottle thread and the jar is screwed into its lid. So jars can be easily switched.

Hopefully the scheme below is clear.

I was recently asked whether I could buy two nets for the group members to borrow but was not too fond of the idea. My idea was to assemble a DIY instruction and perhaps prepare a net sewing meeting, but I didn't find an affordable source for the net material.
I hope you don't mind if I copy your design for this project.

Here in Germany there used to be a net available of this dimensions, with a small jar that contains ca. 30ml, connected by a bayonett mount. It was quite popular among amateur microscopists but is not available for 20 years now. I have one, but it has 90µ mesh size which is a bit more than I would prefer. This size is big enough to collect a lot of critters and small enough to carry it around on a day trip with the family to catch some plancton towards the end of the trip.

Thanks for the net details, Doron

Yes, they are glued with Super-7. This glue is water-resistant and somewhat more flexible than epoxy, even after curing.

some of the cloth samples I bought 2 years ago were rapidly delivered. On the whole I now prefer eBay, though, on behald of their customer service.

I hope you don't mind if I copy your design for this project.

Why, I am complimented. I hope that the dimensions are good - have seen a research article that treats it from an enginnering aspect, and derived the dimensions from the speed of water flow in and out, etc.

75RR wrote:A successful trial! How did you get it to remain at -3m and why did you choose that depth? Is it supposed to especially rich in plankton?

Correction: when towed, the net mostly floated on the water surface (specific gravity of plastic< 1.04), but was manually pulled and submerged to the depth for less than a minute. In fact, we plan to add some dead weights (order of magnitude, say, 100g) to make it sink below the surface. So far we assume that the amount of plankton does not depend on the depth.
I assume that we shall know the correct weight within 1-2 weeks.
Zeiss Standard GFL+Canon EOS-M10, Olympus VMZ stereo
Top

Here is alink to one of the few companies that make plancton nets: https://www.pokorny-netze.at/planktonnetze,106
Their version with the cock at the end to release the catch is only practical when you have at least on assistant with you. I much prefer nets with a beaker at the end, though sampling planton is much nicer in company of cause.

When I collect samples from the shore I do multile throws befor I empty the beaker. Here it is good to have the right size of beaker so the net flies with beaker first but doesn't land with too much force. My big net (ca. 22cm and quite long) has a 100 ml urine sample beaker and my small net a ca. 30ml special beaker with a bayonet mount.

MicroBob wrote:Here is alink to one of the few companies that make plancton nets: https://www.pokorny-netze.at/planktonnetze,106
Their version with the cock at the end to release the catch is only practical when you have at least on assistant with you. I much prefer nets with a beaker at the end, though sampling planton is much nicer in company of cause.

I saw the Apstein designs in the link. Is the entrance of these nets supposed to block large creatures from swimming inside ? Nitex is a well-known name for filter cloth in biology, but probably quite expensive.
Zeiss Standard GFL+Canon EOS-M10, Olympus VMZ stereo
Top

Hi Doron,
a conical plancton net always has an increased water pressure inside of it and pushes some water at the front to the side. So when you draw it through 10m of water the sampled volume is not 10m x D² x Pi/4, it is less. And you don't know how much less.
The front of the nose reduced the water entry while the filter surface remains the same. This way the difference to the theoretical sample volume is reduced and the impact of the guesswork is diminished. This is only important if you want to know the number of critters per m³. With a normal net you catch more.

To go below the surface my nets have these weights:

This works for me - but I'm no expert. My small net had a threaded adapter to connect to a telescopic stick. I is broken of and I haven' t fixed it yet, but it is useful, especially for a small net.
Top

Perhaps you can add a lip to the net (similar to fishing lures) that will make it dive. Different lips will give different depths. 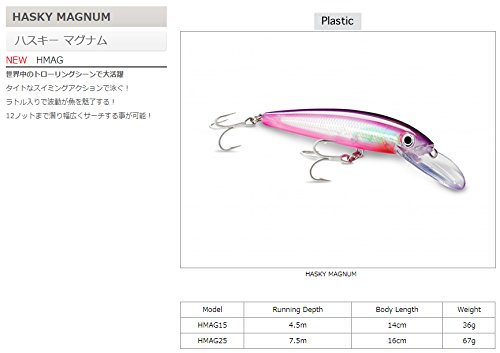 Return to “Specimens, samples and slides”