A fun one for the DIY set: pantographic micromanipulator

Here you can discuss DIY adaptations to the microscope.
Post Reply
4 posts • Page 1 of 1
Message
Author

A fun one for the DIY set: pantographic micromanipulator 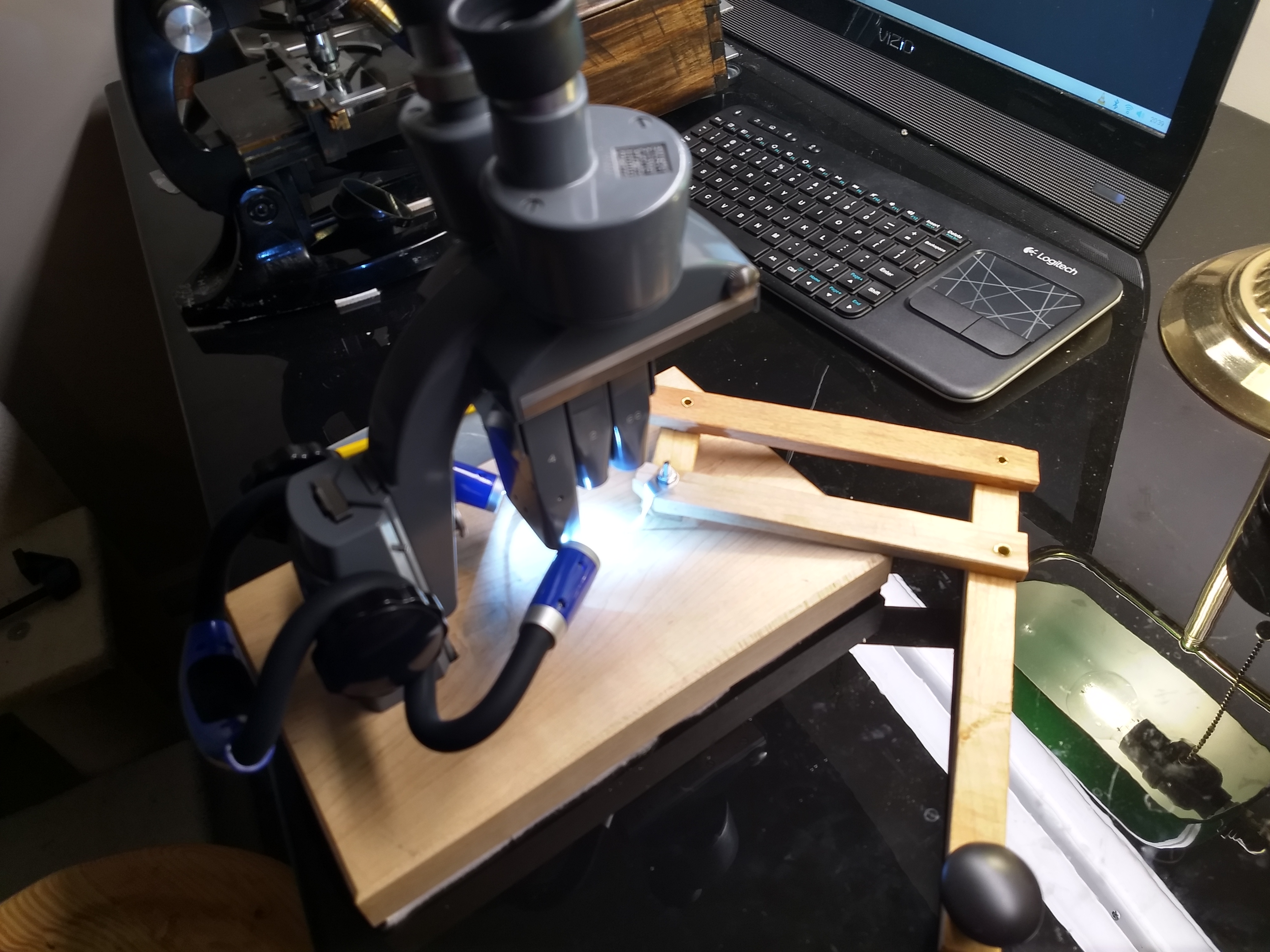 So after looking at the "diatoms a different way" and the water bear hunt posts I was filled with a terrible envy and lust for those micromanipulators that could pick out specimens and arrange diatoms. Although there seem to be some workable and terrifically cheap Prior mms on the `bay even as I speak, I didn't want to have to mess with all those dials and anyway, I don't have enough space on my bench! I just made this table but then somebody decided to solve a jigsaw puzzle on it so space is again at a premium. The Singer Mk1 is intriguiging, but I think it runs between $5,000-$6,000 and I definitely don't have that kind of scratch. So here is a very simple alternative. 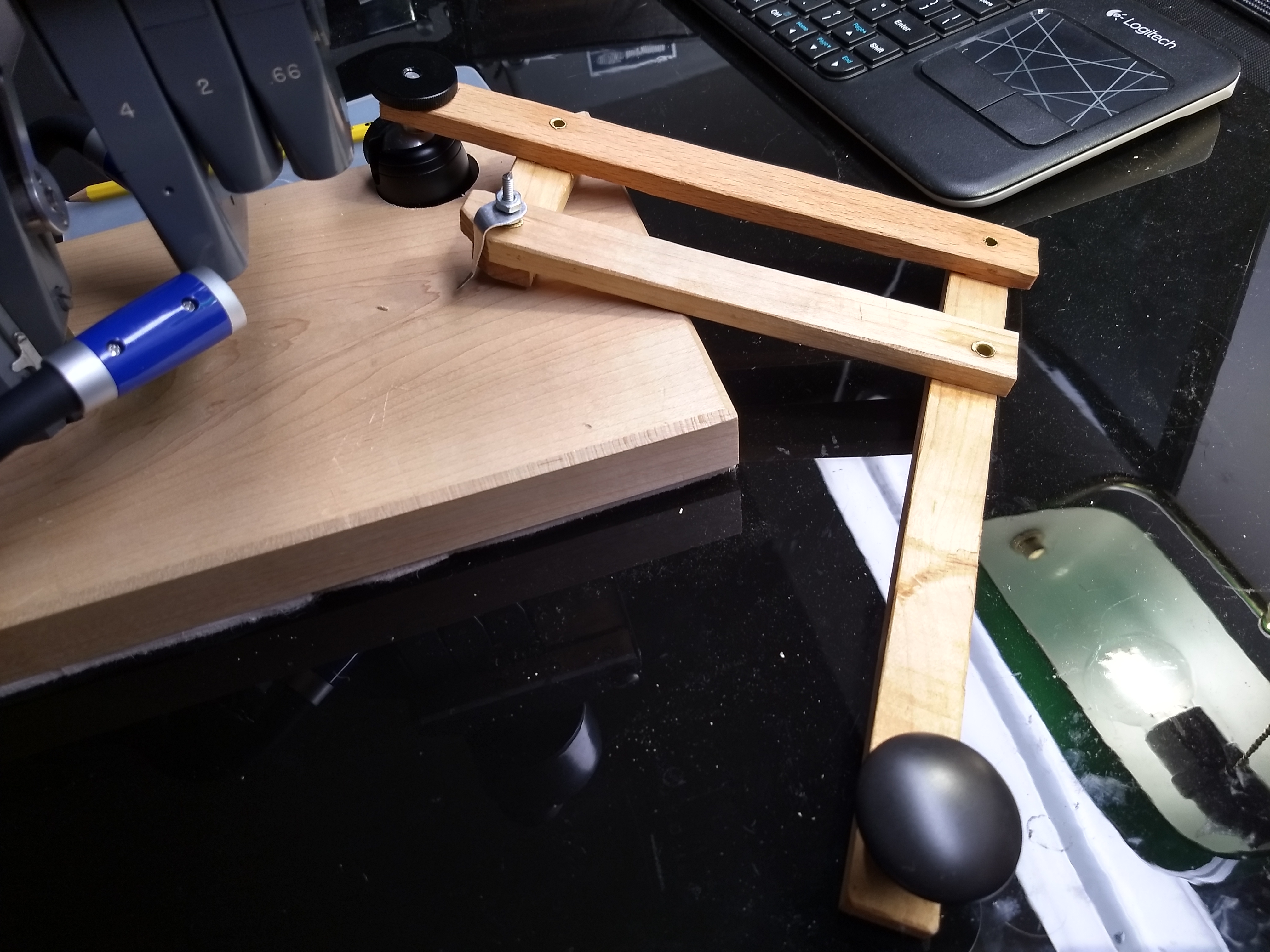 The best solid wood to make mechanisms with is clear beech, but I only had one tiny stick of it left, so I used the runner-up hard maple for the rest. The holes are space 2" and 6" apart (all drilled simultaneously after taping the stuff together tightly) so that the reduction is at 25%. Brass tubes, flared at the ends so they wont slip out, are used at the joints to minimize slop. There was a bit of stiction at first but oils and wax and some breaking in has left the motion quite smooth. The holes were even made with normal twist bits, no fancy forstners. The knob is a ceramic cabinet knob we had spare. 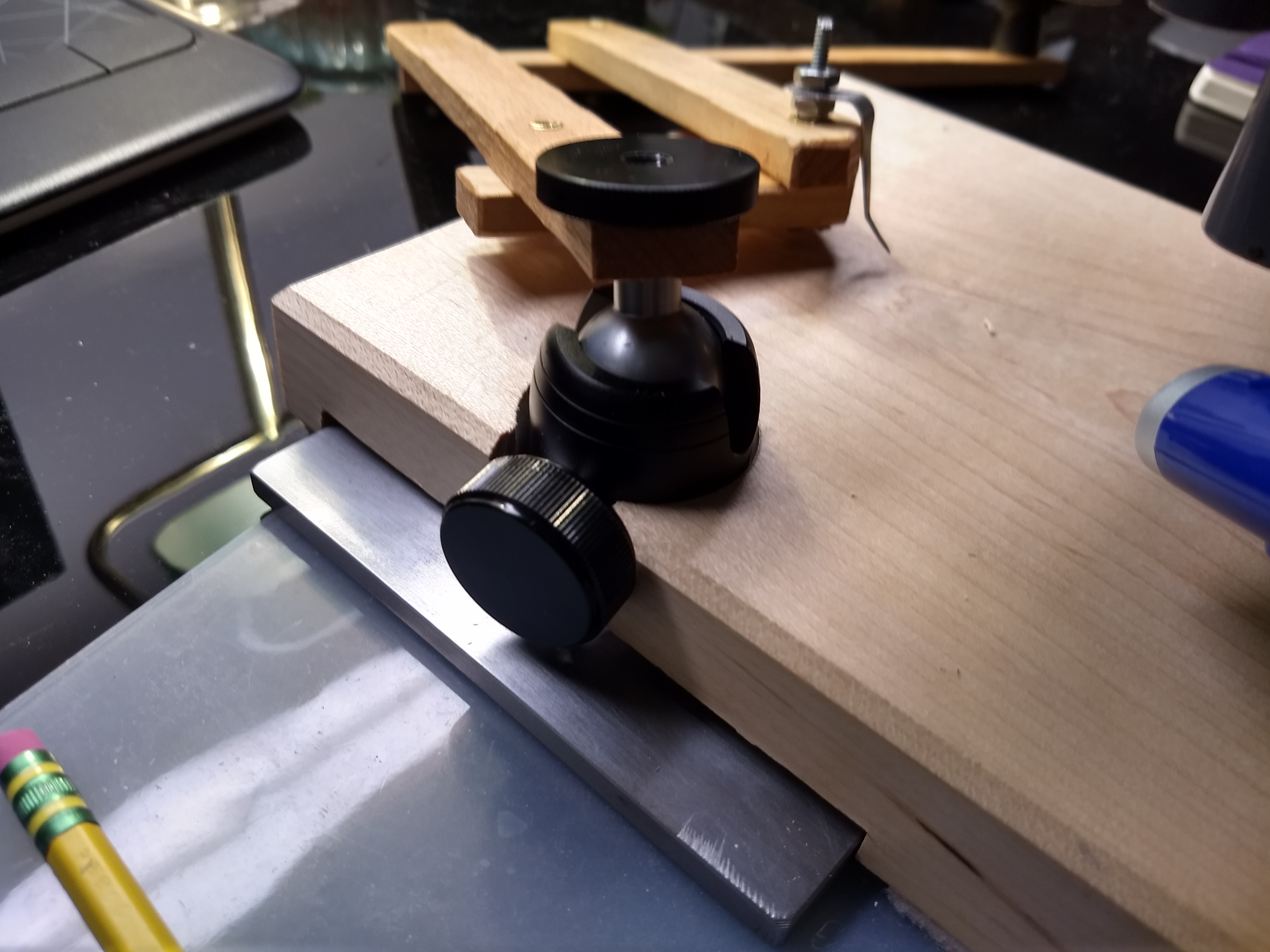 The sharp-eyed among you will have already noticed that the 5/4 hard maple slab is not the factory Bausch and Lomb stand for this stereo microscope. It was extra cheap without a base, and turns out very useful to modify here. I drilled a hole in it and, using chisels, made a rectangular recess underneath. The ball-and-socket is a bought camera mount, for which I paid an extravagant $14 or so for, almost as much as the microscope itself, but looks and operates very nicely. I attached to a hunk of 1/4" 1018 steel plate for weight and stability. 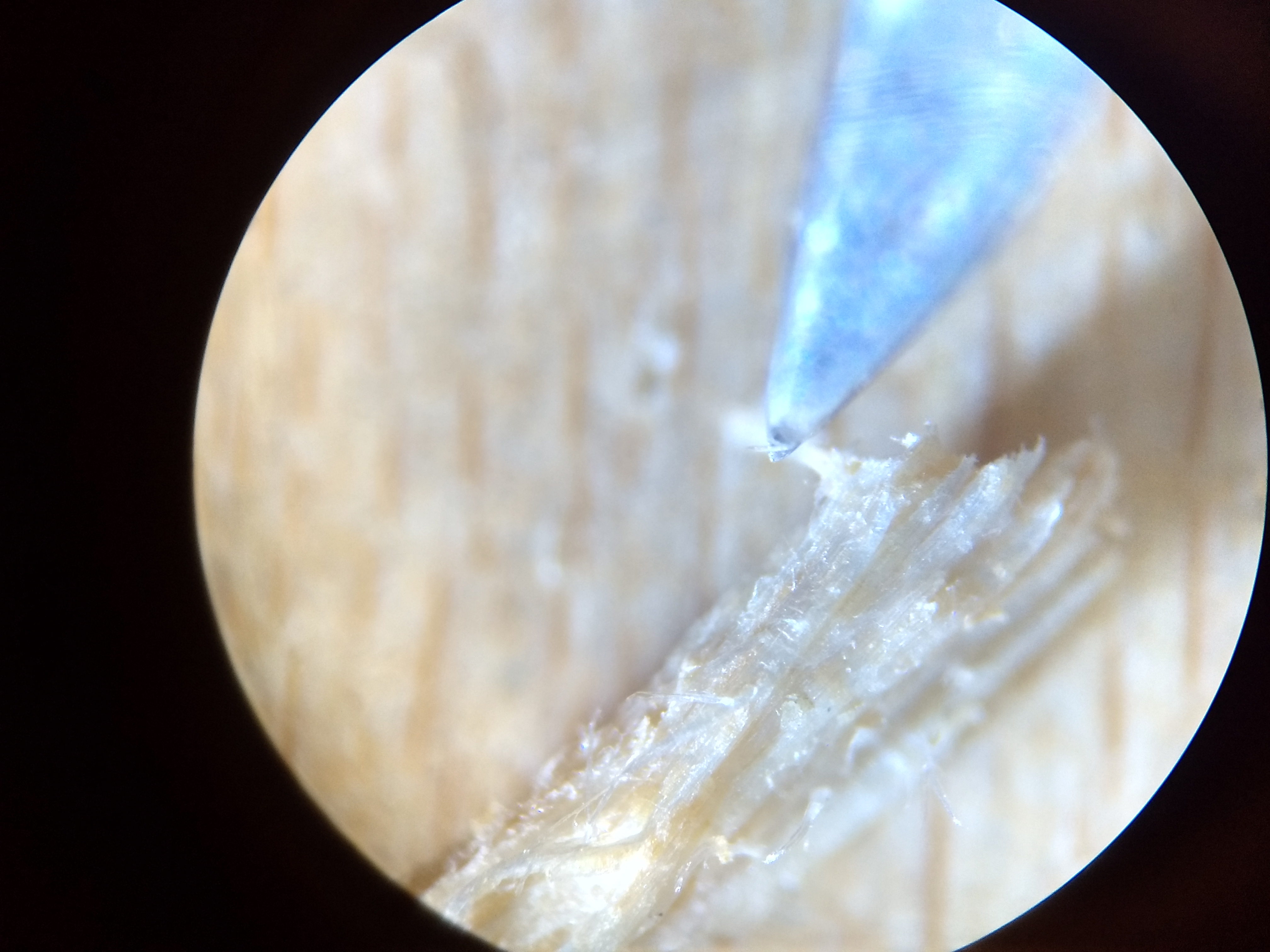 The probe is a piece of twisted sheet steel sharpened to a point and pictured here menacing a splinter of wood at 60x. At some point I want to try to make some miniature forceps and also a trigger controlled pipette. It works really very well and was easier to make than I imagined it would be. I would heartily recommend this project to anyone looking to poke some microbes on a budget. If the woodwork is for reason intimidating, professionally made pantographs can be had from art supply stores relatively inexpensively as well.
1942 Bausch and Lomb Series T Dynoptic, Custom Illumination
Top

Hi Bram,
great idea! I have never seen a pantograph based micro manipulator but the principle is quite ideal for this application. And contrary to metal dovetails, spindles and gears it is comparatively easy to build.