The discoverer of diatoms has been identified

Here you can suggest and discuss Websites, books, and other resource materials.
Post Reply
5 posts • Page 1 of 1
Message
Author

The discoverer of diatoms has been identified

Hello,
It seems that only in 2019, the formal discoverer of diatoms was identified - Charles King.
Must put all uncleaned diatoms aside and read...
https://www.sciencedirect.com/science/a ... via%3Dihub
Last edited by Hobbyst46 on Tue May 19, 2020 10:03 am, edited 1 time in total.
Zeiss Standard GFL+Canon EOS-M10, Olympus VMZ stereo
Top

Re: The discoverer of diatoms was identified

Excellent ... Thanks for the link.

Re: The discoverer of diatoms was identified

This was a very interesting read! Thank you for posting. Amazing how much drama these discoveries caused at the time. I love how he in 1703 described Paramecium with it's "little feet" and and "are perpetually beating about like a Spaniel in a Field".


"Those Animalculi marked F. are also plentiful in all the Waters and are the largest of all, and I can see them in a good light and position (without any other assistance) with my bare Eye. Their length being about the breadth of a Hair. These have a very quick motion, and are perpetually beating about like a Spaniel in a Field, and by their frequent turns and returns, sudden stops, and casting off, seem to be always Hunting for Prey. Their Bodies are very thin, that which I take to be the Back being much darker than the other side, and you shall see them frequently turn sometimes one side and sometimes the other toward your Eye, and many times you may see part of each. Their edges are as it were fringed with a multitude of very minute Feet, which are most conspicuous about the Head and hinder parts, where are also some Bristles longer than the Feet, which shew like a Tayl, a shews one of these with the Back, and b one with the Belly toward you, and in c and d I have endeavoured to represent it as it often appears other postures. I put some short shreds of my Hair into their Water to compare their magnitudes by, and saw that they could use their Feet in Running as well as Swimming, for they would often stand on an Hair, and go on it forward and backward from end to end, often stooping down and bending themselves in several postures. "

Amazing what they could see even with 1700 level of technology. So much easier now.... 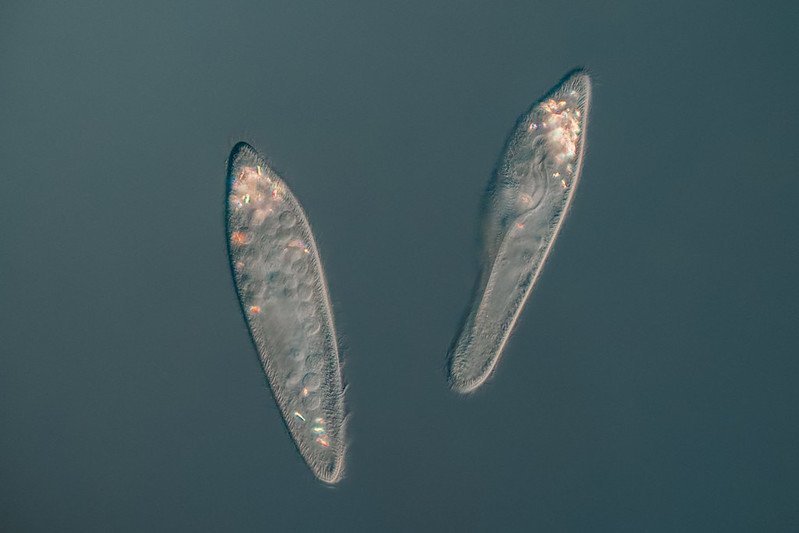 Re: The discoverer of diatoms has been identified

Hi Doron,
nice find!
I have read quite a bit about Leeuwenhoek and got the impression that hir microscopes exceeded generally available compound microscopes quite a bit. The optical performance of a Leeuwenhoek microscope is actually quite good but it is a pain to use. As far as I know at his time Leeuwenhoek was the only one who used tiny single lens microscopes and he didn't sell or lend them to anybody. Hooke and others used more comfortable but optically inferior compound microscopes.
So it would be interesting which microscope performance was available for Charles King. His observations seem to be too detailed to have been made with a very basic microscope.

Re: The discoverer of diatoms has been identified

MicroBob wrote: ↑
Wed May 20, 2020 7:12 am
The optical performance of a Leeuwenhoek microscope is actually quite good but it is a pain to use.

Years ago, we went to the [astonishingly good] Museum Boerhaave
https://rijksmuseumboerhaave.nl/engels/
... where they were showing some ciné film that had been taken through Leeuwenhoek microscopes as a demonstration of their capability.