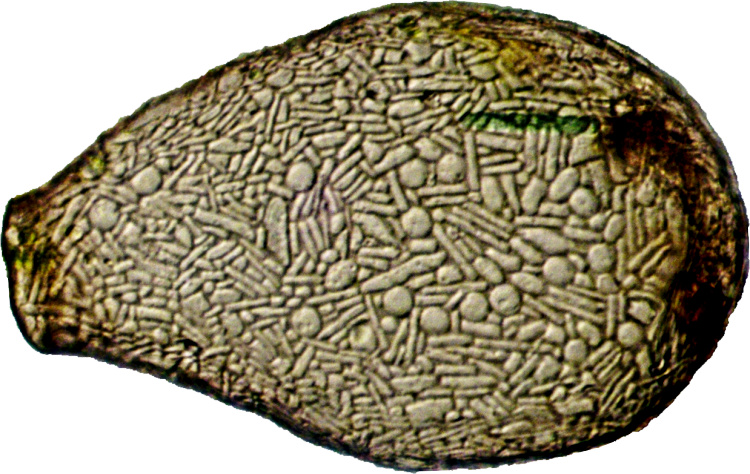 The shell is covered with scales which had been robbed from Euglypha and other foreign objects.
40x Neofluar, Stacked image, contrast and sharpness moderately enhanced.

by ImperatorRex
Impessive Photo, so many details. Thank you very much Hans!

by MichaelG.
A great photo of astonishing 'behaviour'

Thanks for sharing it.
MichaelG.

by charlie g
Minimalistically inspiring image on it's own, cuzlander...yet your specifics of it being a protist organism of 'tiny size' relative to we mrtozoans...well that enchants the aspects of this image so much further!

Are we to believe this tiny protozoan collected these assenblies of 'bits and pieces' from it's environment? Or did this amoeba somehow 'fashion collected objects'...the way metazoan wasps fashion a 'paper nest which has a repeating physical texture'..and nothing in the wasps locale looks like that textured 'hive paper'?

I sense simply drinking up your relatively 'flat two dimensional image' of this amoebae test ( amoba house!)...I sense that all the bits seem too similar to be: 'found objects'...I sense all the bits were 'fashioned/worked' after collection...to function as this 'anoebas house'.

This aspect of your quite minimalistic image capture..it suggests all the activities about tiny ant colony entrance domes...why the ant domes particles all same color/ same relative size?!

It's all in fun...but why do you term this post: "Poor man's SEM" ? If you didn't state this an amoeba's test...I'd think we were enjoying a flattened image of con-US / southwestern pottery pre-Colubus! thanks for sharing, Charlie guevara

by cuxlander
Thanks for your comments.

The collection and subsequent use of xenosomes, i.e. foreign materials for the reenforcement of testacea shells has frequently raised the question: May this already be called behaviour?

Many members of the Hyalospheniidae build their shells using recycled shell plates scavenged from other testate amoebae, mainly from euglyphids (a behaviour called Kleptosquamy), sometimes also including fragments of diatom frustules and heliozoan spines. 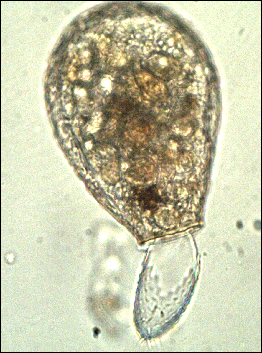 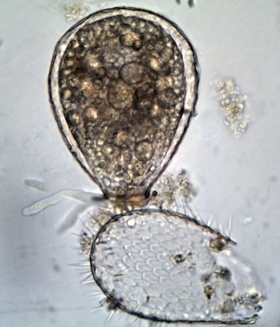 They store these objects in their shell, see top left in this example: 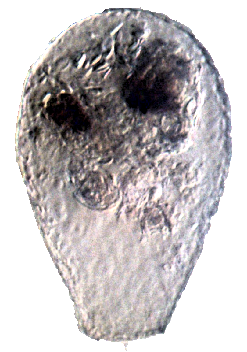 ... until the use them for the next generation test.

Here is another example of a Nebela with beautiful decoration. 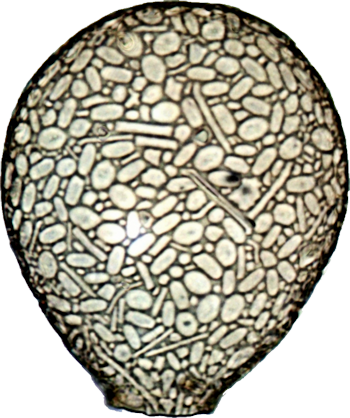 @ Charlie Guevara
All Hyalospheniidae are quite flat, see 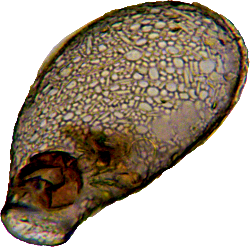 by desertrat
Having long been interested in ancient life, I seem to recall reading that testate amoebae are an ancient group, predating the Cambrian. A little Googling turned up a scientific paper about exceptionally well preserved testate amoebae in rocks that predate the Cambrian and even the Ediacaran. These fossils were found in the Grand Canyon of Arizona in rocks of Neoproterozoic age, around 750 million years old. Lots of SEM images and discussion.

Thanks, I did not know this paper. Interesting that testate amoebae predated the Ediacarian. I have read somewhere that the filopodia (Eyglypha) are still considerably older than the arcellinida.

Also interesting that Testate amoebae have been successfully used as indicators of past changes in peatland hydrology and to reconstruct past environmental conditions. Abundant arcellinida indicate wet and rainy periods, while Euglyphids appear in dryer climatic conditions.

Many thanks for that link.

MichaelG.
All times are UTC
Page 1 of 1