Here you can discuss everything related to taking light micrographs and videos.
Post Reply
3 posts • Page 1 of 1
Message
Author

I have recently been pondering about this. Olympus's classic SZH stereo scope, like most stereos, does not have compensating eyepieces. The image does not need any further correcting after it's gone through the objective and zoom body. However, olympus did not at the time make any non-correcting projective lenses. For the SZH trinocular port they just aid to use the same NFK projective you would use on a BH2, and the SZH trinocular port is also set up with the same 38mm dovetail as a BH2.

This begs a question: how does the NFK, presumably with corrections ideal for BH2 series objectives, work with a stereo microscope whose optics don't need (or want) any corrections? Does the image get partially 'uncorrected' somewhere inside the trinocular port to compensate for the effect of the NFK eyepieces? Or did they just decide to reuse a 'good enough' solution rather than designing yet another line of projective eyepieces?

One reason this confused me was that I had already set up my SZH with a Nikon 2.5x PL projective lens (see my thread here). This lens was used on the Labophot series which did not have chromatic corrections done in the eyepieces, and it seemed to get quite good results on my SZH. I only have planachro objectives on it, not planapo, so there is some inherent CA, but it is fairly minor and seemed well controlled. Still, I was curious about this, and recently got my hands on an NFK 5x projective and an Olympus L adapter to do a head to head with. The 5x is not the right lens for this configuration: an NFK 2.5x is best for full frame, a 1.6x for aps-C. But I got a great deal on the 5x. A 2.5x would cost 150 if I wanted one quick, probably a bit less if I waited a while. 1.6xes are extremely rare and even more expensive. For reference my Nikon 2.5x cost about 40 dollars.

If I did my measurements right the NFK 5x actually produces an image that is 3x as magnified as the Nikon 2.5x--some mismatch on these ratings is to be expected since the stated magnification is only valid within the context of a given system. This is already very interesting--1/3 of 5x is ~1.6x, great for APS-C. This does unfairly advantage the Nikon right off the bat, since any inherent chromatic abberations are being magnified three times as large by the NFK 5x at a given magnification, so take that into consideration.

So, let's skip straight to some example pictures taken of some Geico junk mail with my Canon T6 (the sensor is dusty so bear with me on that):
Nikon at minimum magnification: 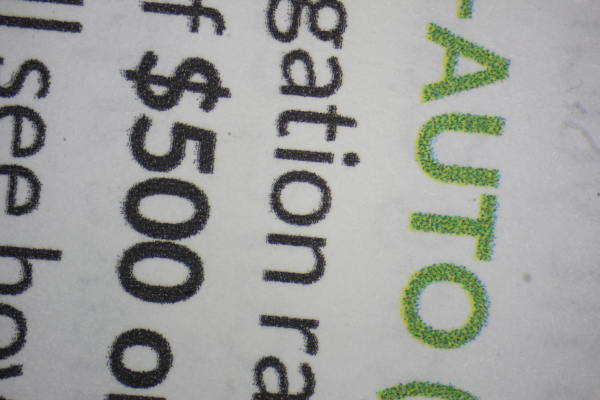 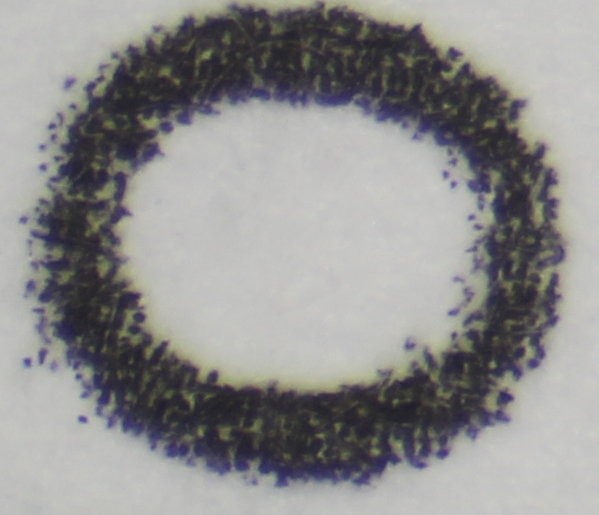 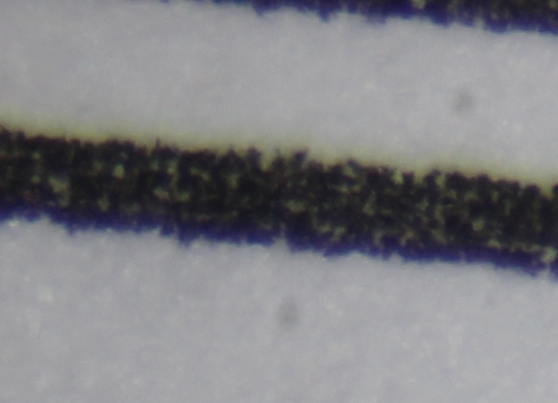 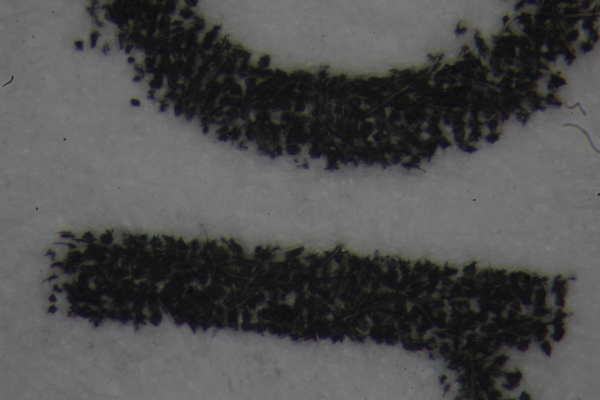 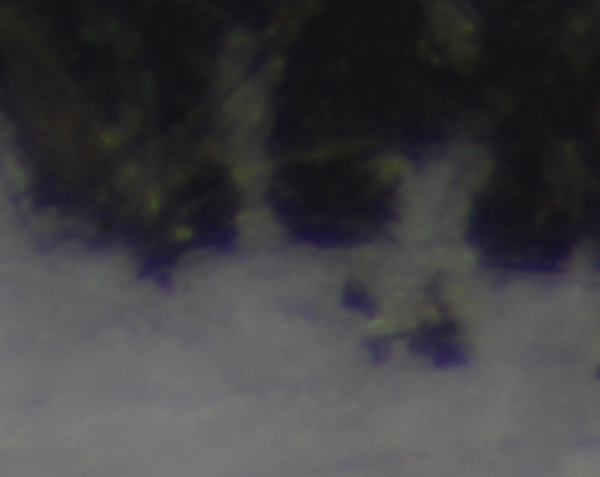 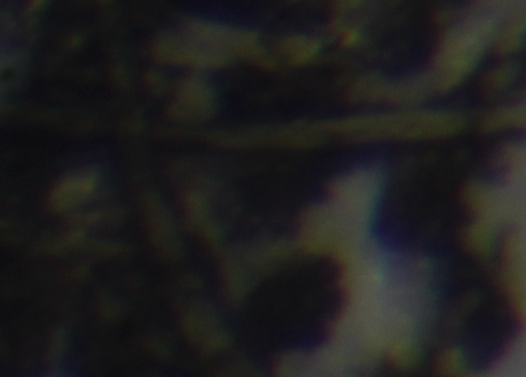 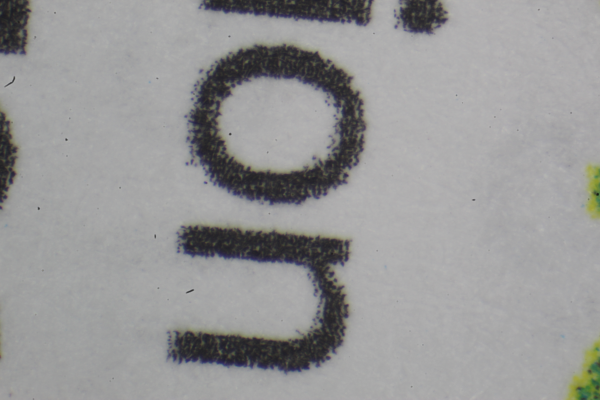 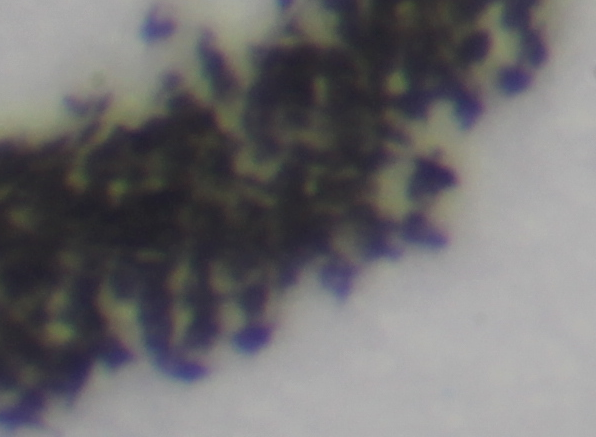 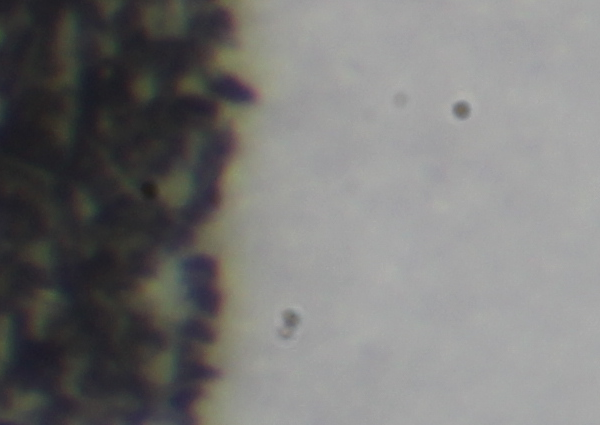 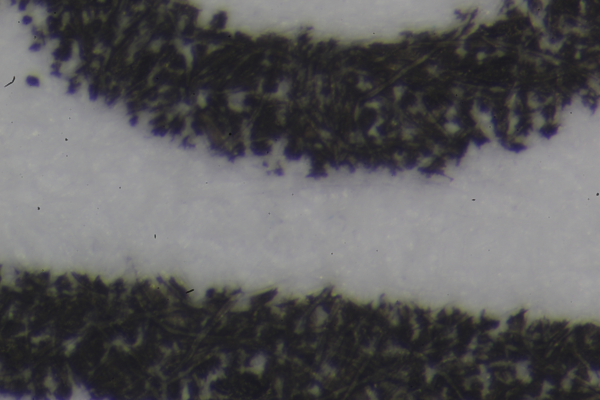 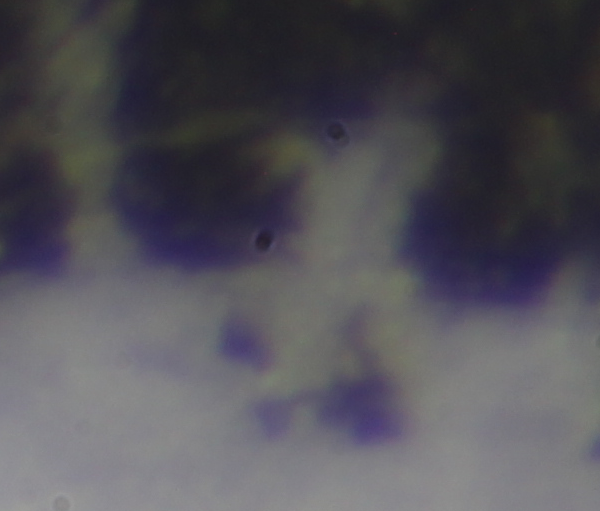 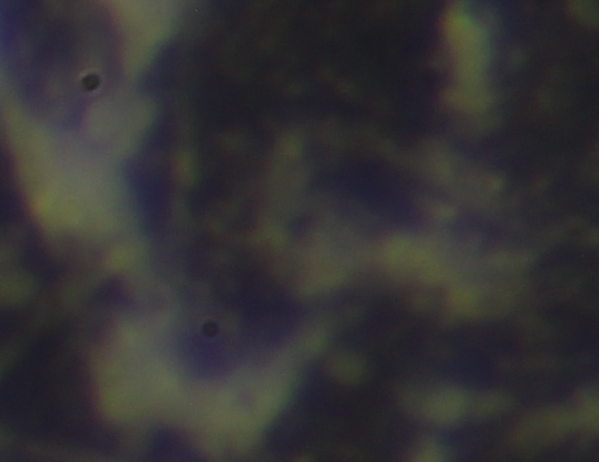 Overall, the results seem like they are fairly similar when accounting for the NFK 5x's excessive magnification, maybe leaning in the Nikon lens's favor? This does sort of raise more questions though. How can they have similar performance if the Nikon is not correcting and the NFK is? Is it just that the inherent CA in the SZH objectives is the dominant factor vs compensation?

Either way, I think this strongly suggests that rather than tracking down an expensive NFK 2.5x, or worse an extremely expensive 1.6x, it is better to use the Nikon 2.5x for APS-C (though it may not have coverage for full frame in this configuration). It seems to work at least as well for CA and the image circle is just the right size. So yeah, nice as the Olympus Photomicro L adapter looks I think it's going right back up for sale since it is not compatible with the Nikon lens, and I'm just going to paint my PVC adapter to look nicer.
Top

With this kind of component there are definitely occasional deals, often insanely cheap (such was the deal for the nfk 5x, which I got for something like 6 bucks). 150 is just the price if you want to buy one this instant.
Top
Post Reply
3 posts • Page 1 of 1

Return to “Camera systems and imaging”