What equipment do you use? Post pictures and descriptions of your microscope(s) here!
Post Reply
6 posts • Page 1 of 1
Message
Author

This is my dreamscope which I've been assembling for a while. Today I got my order of custom adapters from Rafcamera to attach an objective changer, bringing it a lot closer to completion! 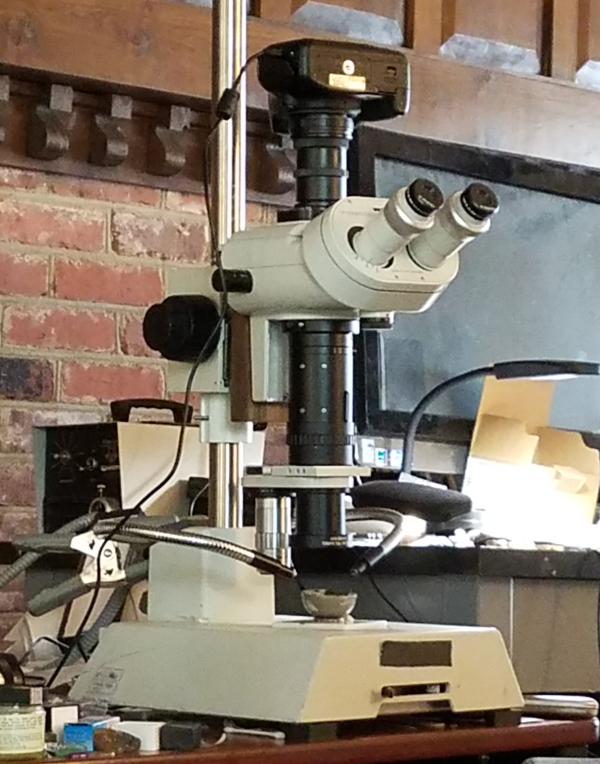 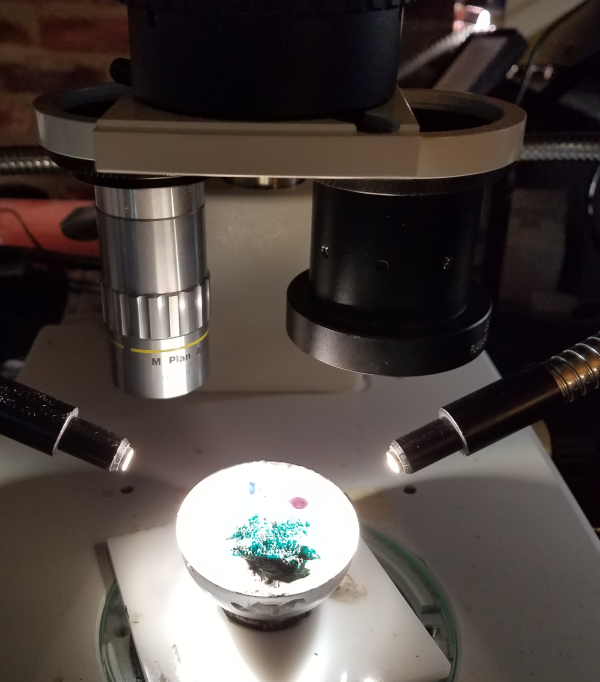 This is a Wild M400 head with a Leica Z6 Apo lens attached, adapted onto an Olympus focus mount and brightfield/darkfield base, with a (Zeiss?) surgical scope objective changer adapted on.

Most of what I like to photograph are gem inclusions and mineral specimens. These generally require moderate magnification and reflected or oblique lighting, so stereos and photomacroscopes have been the go-to standard. From when I first started learning about scopes I had a particular setup in mind: a Wild m400 head (the M420 has a fixed 50/50 beamsplitter between the eyepieces and photo port, while the m400 does 100/0, 0/100 and 50/50) with a Leica Z6 apo. The Z6 apo is the more recent successor to Wild's apozoom objective, with a somewhat modest 6.3:1 zoom ratio but very decent resolution (na of 0.04-0.234 at 1.4-9x magnification with the 2x objective as I usually use it). They come up for sale very infrequently (oddly though, when they do they're usually cheaper than a Wild apozoom), and I was lucky to find this one mislabeled on German eBay and convince the seller to ship it to the US. The big difference between it an the apozoom is that it has a detachable main objective. I have the 0.5x, 1x and 2x Leica objectives, and it can also accept other infinity objectives, though it's really not as good as putting them on an appropriate scope or at least a simpler tube lens (you get vignetting unless you zoom the objectives well above their rated mag). Still, having those higher mags available is nice, and having gotten my start on stereos the resolution to mag ratio is still acceptable. I recently put some sorbothane feet under it which have also made photography at ~40x a lot more feasible.

Technically this isn't as good a system as one with fixed objectives but the zoom functionality makes it a breeze to examine gem and mineral specimens and going from the macro to the micro realm is quick and easy. It still needs some work--the objective changer doesn't have a cover to prevent dust getting on the objective that's swung out, I need a rotatable analyzer for imaging inside birefringent stones, the light on the olympus base is very dim (sometimes wrong with the lamp house I think). Long-term I'm pondering replacing the head with a Nikon so I can have tilting ultra widefield eyetubes, but now isn't a good time to be spending a lot on components so that's firmly on the back burner. Leica also made a 5x/0.5 objective for this system but it's rare and staggeringly expensive so I don't expect to find one anytime soon. I also want to get a polarizer with a rotatable analyzer between the objective and head for imaging inclusions in birefringent minerals, but that has also proved to be a bit challenging to find.

They say photography in general and microscopy in specific is much more dependent on skill than equipment, but even though it had equal resolution my older Wild Makrozoom objective would drive me crazy with chromatic abberations on highlights. Now I can just sit back and shoot, and it's made a big difference for me. 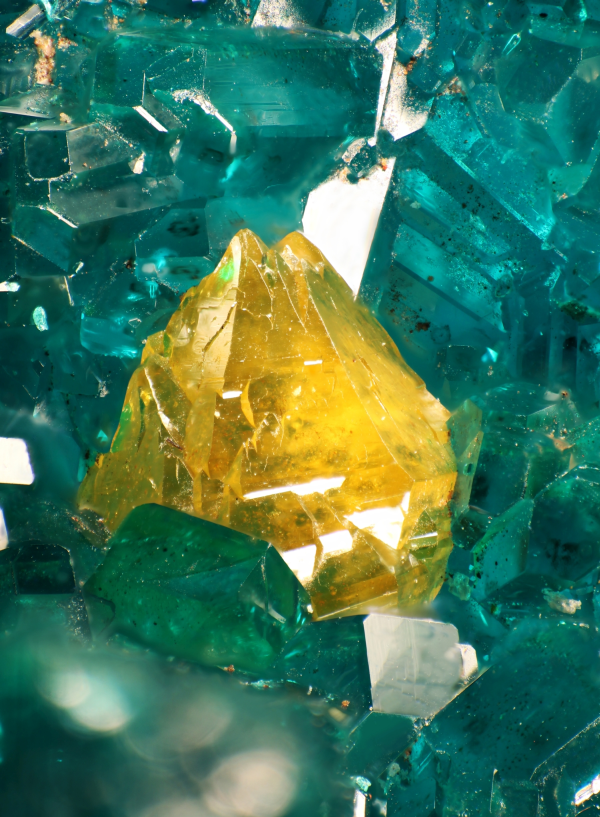 Shot on this scope, a crystal of orange wulfenite on green diopside.
Last edited by Scarodactyl on Wed Apr 01, 2020 1:22 am, edited 1 time in total.
Top

What is next? Carbon arc illumination? With that you could see through anthracite, get a tan and Vitamin D, vaporize insects, sterilize any lens fungi that dare to enter the lab and, last but not least, promote the research by silencing any nattering cell phone users within a radius of one city block.

Fantastic microscope! You must have assembled a heap of knowledge and experience befor you were able to identify the fitting parts for this combination, amazing.
And a very nice crystal image too!

Thanks everyone! Yeah, this one took a lot of research to figure out and a lot of eBay time to put together. I've found I enjoy assembling systems almost as much as using them, (which is fun but also a bit of a problem given how many systems I've ended up with in the process).
Top
Post Reply
6 posts • Page 1 of 1