Focus Animation of a Water Flea
The stacking program Picolay can also make animated GIFs that give an impression of depth. 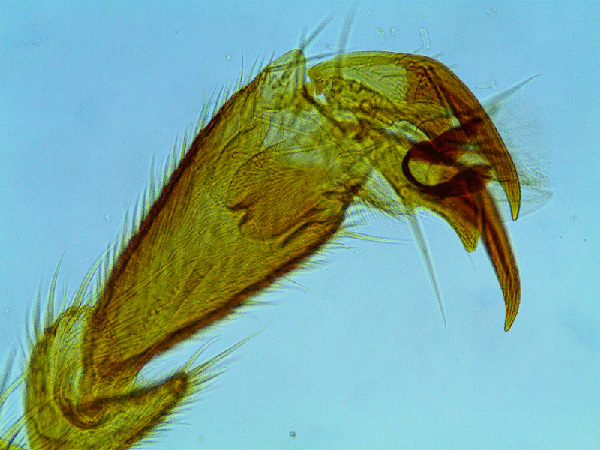 Testing the iPad camera
The two images show the fresh water polyp Hydra sp taken with the iPad held in front of the eyepiece (40x and 400x total magnification). The images were uploaded directly and not edited (except resize). 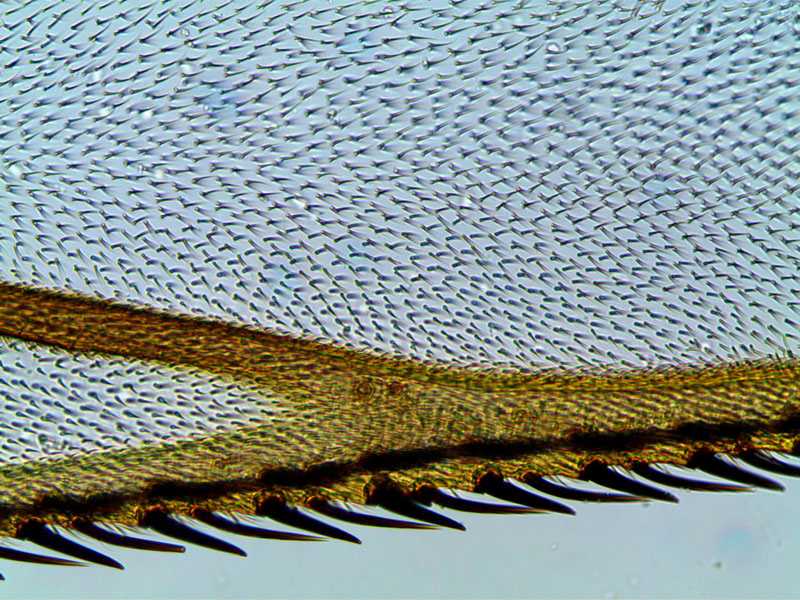 Wing of a Fly
The wing of flies and bees (of hymenoptera in general) are thin and membranous. Place the dry wing into Euparal mounting medium and place a further drop on top of the wing, before adding the cover glass. Wet mounts should Read More ... 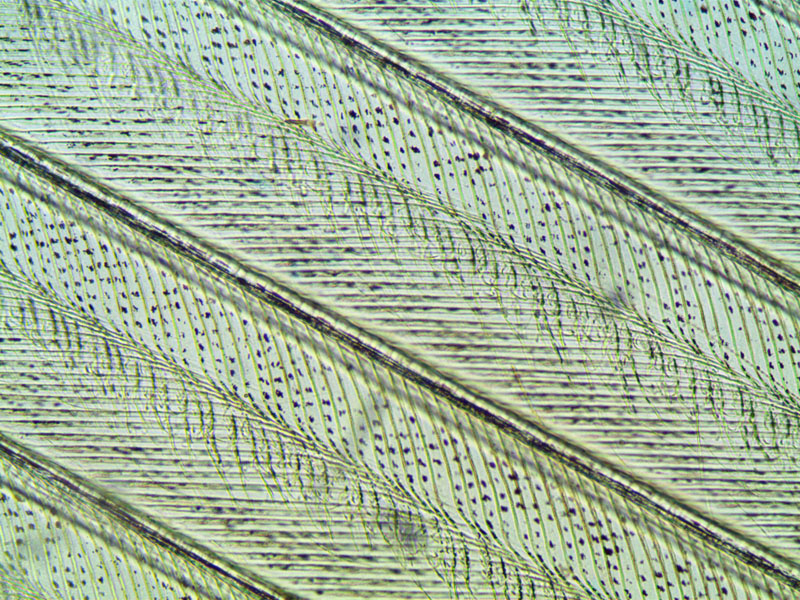 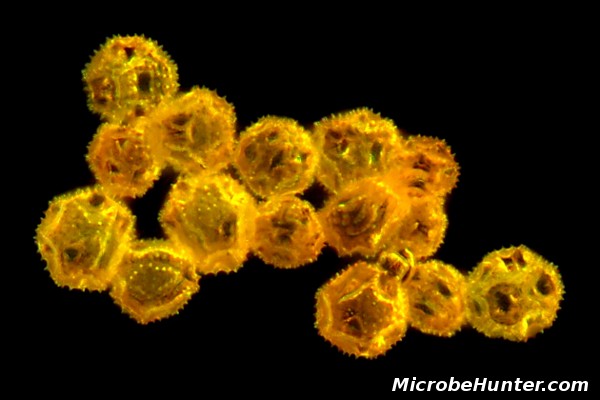 Dandelion pollen in dark-field
The pollen grains from a dandelion (Taraxacum sp.) were collected and air-mounted (no liquid mounting medium used). Eleven separate images were stacked together to increase the depth of field and to produce the final image. The color contrast was then Read More ... 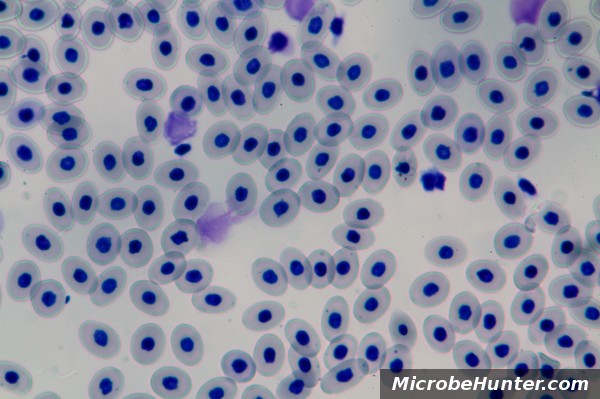 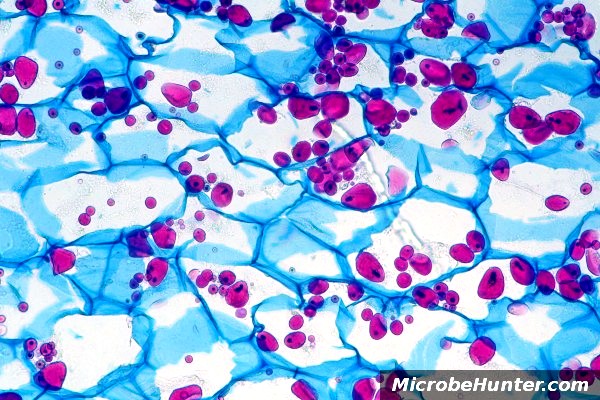 Starch grains of a Potato
The pink oval structures are potato starch grains. One of the easiest and fastest way to observe starch grains is to scratch some sample off the surface of a potato with a sharp object and then adding some diluted iodine Read More ... 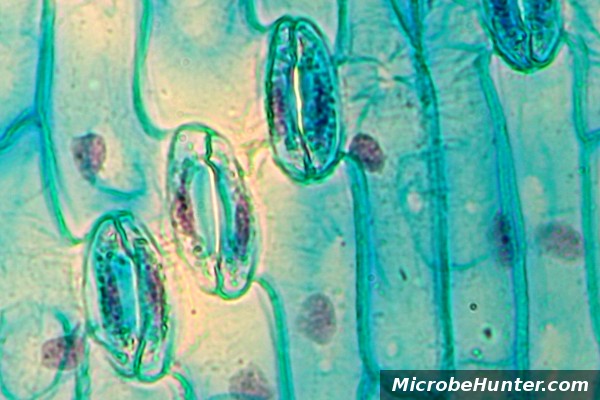 Epidermis of a Tulip showing Stomates
Stomates are the openings in a plant leaf, which allow for the diffusion of gasses. 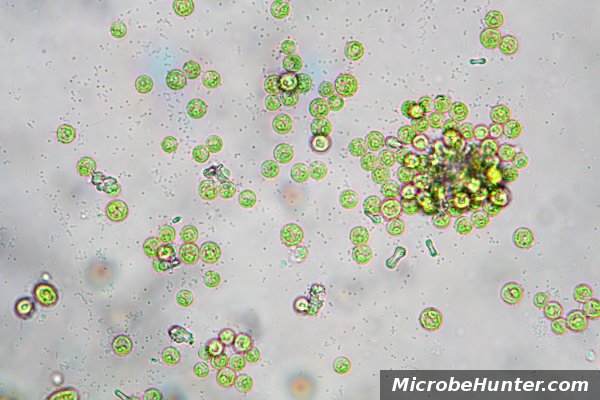 Life in the Flower Pot Water (or: Comparing the Size of Prokaryotes and Eukaryotes)
Eukaryotes are significantly larger than prokaryotes.