What equipment do you use? Post pictures and descriptions of your microscope(s) here!
Post Reply
2 posts • Page 1 of 1
Message
Author

Got this at the local university surplus for cheap, but maybe not cheap enough. 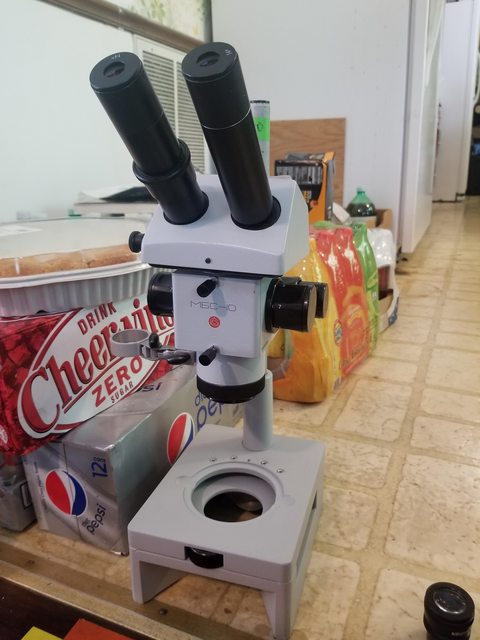 Take this review with a grain of salt since the head is misaligned (plus one eyepiece has been reassembled wrong). Optically it seems decent in the middle range (1x, 2x, 4x) but coma/astigmatism smears the edges at 0.6x and 7x, even with 14x eyepieces cropping the fov (though the good 14x does give a perceptually wild field, point lomo). Nkte the eyepieces are a bit bigger than 30mm. Mechanically, aside from being broken (which could easily have been abuse so let's not count it against it) it seems solid. I really like the feel and handling of the focus knobs and mag changing has a very solid clunk to it.

The head is mechanically compatible with the wild m series if you remove a small registration grub screw. It can cover ultrawide eyepieces but gives a ~1.2x mag factor. 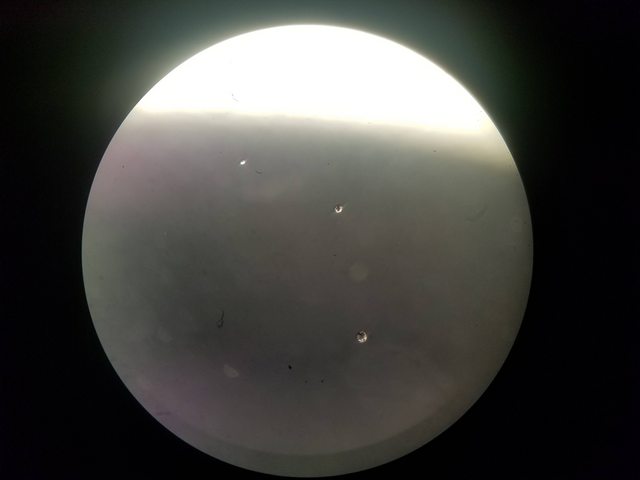 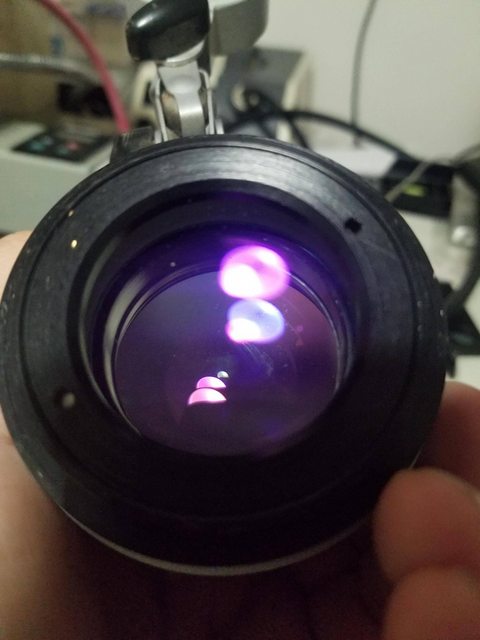 The main objective has bubbles in it, with eye visible flux/differential RI around them. That's just wrong. It has a very vibrant purple reflective coating unlike any I've seen on optics meant for visible light imaging.

The weirdest part is I tried handholding the objective on my M8 and it performs much, much better that way, actually impressively so in context! It's too small to cover both light paths below 1.5x, but if held centered over one light path it gives a good image down to ~0.7x (though this is cheating and will overestimate performance a bit). At 1.5-6x on the m8 it gives a planar and nonsmeary image, even with decent color correction. If it was wider and could cover both light paths I'd even recommend it as a potentially cheap upgrade over a standard achro on the m3. The idea that the zoom system, and it isn't even continous zoom it's a stepper, is the limiting factor here just hurts my head. This is not an example of good design or execution.

Basically, speaking as someone who is about to put a slightly broken mbs-10 up for sale, probably don't buy an mbs-10? Maybe I have a bad zoom body affecting ny results but I kind of doubt it. I've seen these recommended before but I wouldn't personally, it's just not very good. Maybe if it's cheap and comes with accessories like a trinoc port, or if you need a cheap head for an m series or a good focus mount that will fit a 19mm post like on an old wild m series.
Top

This content is written very well quordle wordle. Your use of formatting when making your points makes your observations very clear and easy to understand.
Top
Post Reply
2 posts • Page 1 of 1