Here you can post pictures and videos to show others.
Post Reply
16 posts • Page 1 of 1
Message
Author

Haematococcus pluvialis has various "faces". I wonder what stages you have observerd. Pls. feel free to share! Does anybody have seen stages "c" and "h" - see fig. 1 below?

The development cycle of Haematococcus pluvialis is represented as followed (according to ELLIOT, see also footnote 1): 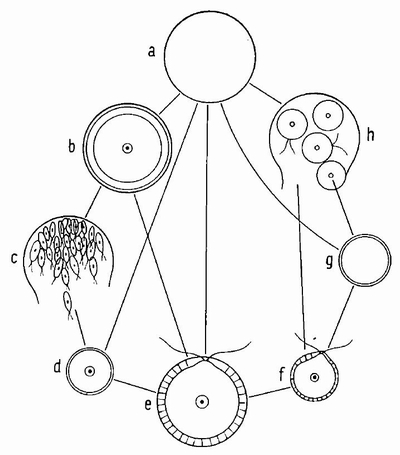 Thick-walled, unspotted and red-colored Aplanospore. The red, cytoplasmic carotenoid astaxanthin overlays existing structures. Depending on the focus, the core could also be seen in the Aplanospore shown here (center photo / right). Maybe the state of development correspont to "(d) - young palmella-like state"? 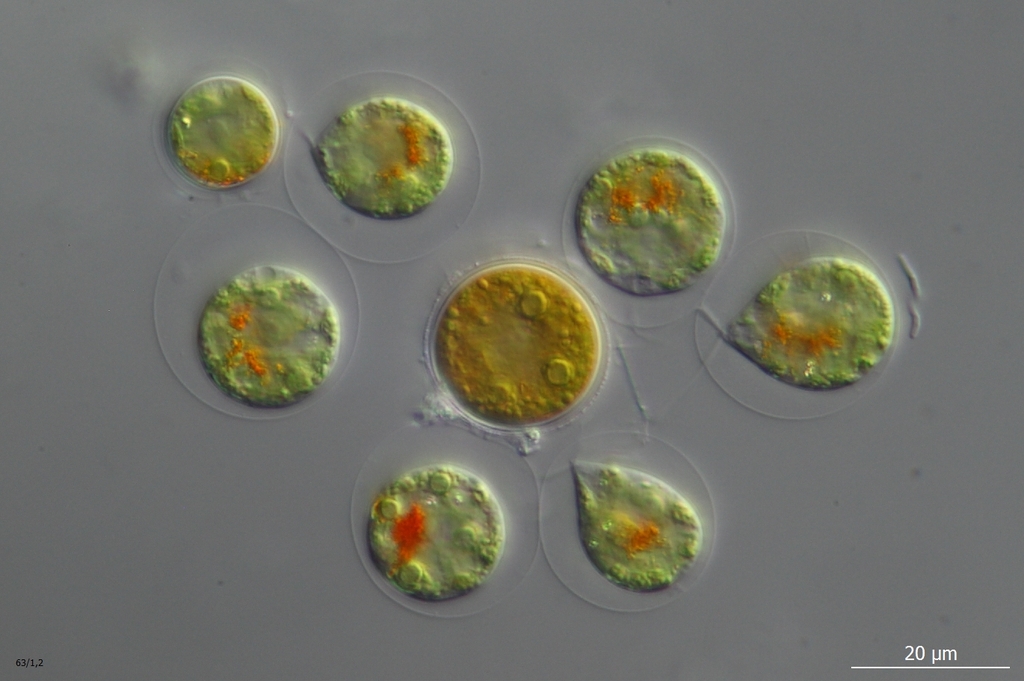 The flagella of hematococcus shall pass through "tubes" through the outer sheath (Huber-Pestalozzi "Volvococcales"). I think they are difficult to observe. Does anybody spotted and documented this tubes? I will try later on my side to find ... I have a pot with red water in the garden

More photos, these show different palmella-like states. The colors vary a lot, ranging from green, yellow, red to brown. I can hardly resist to make too many photos, it is always so existing observing. I try to restrict to show only a few here 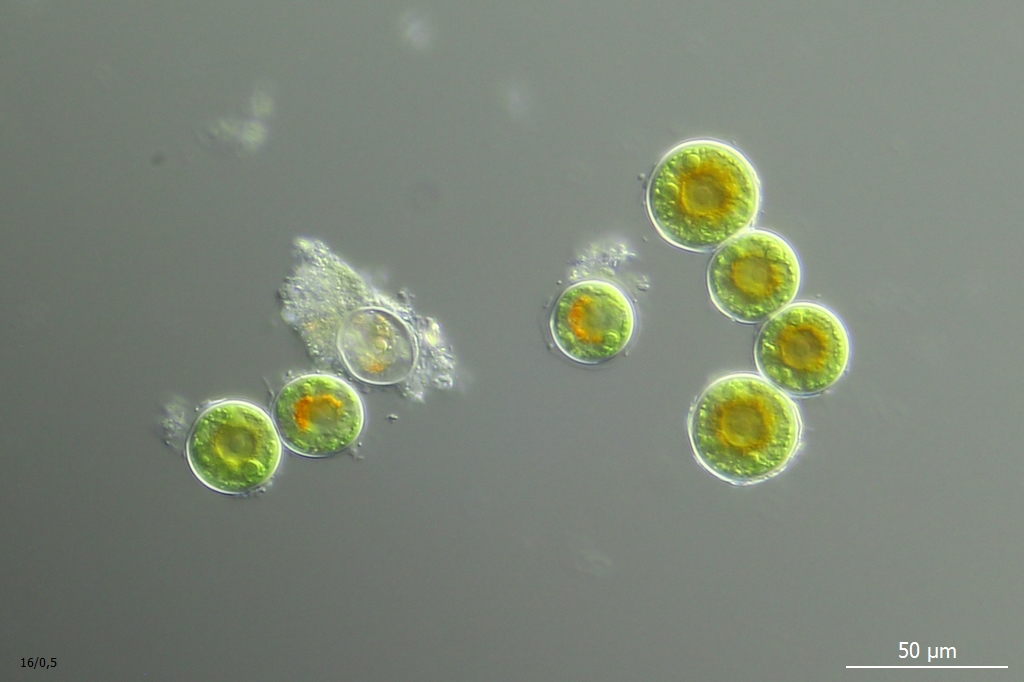 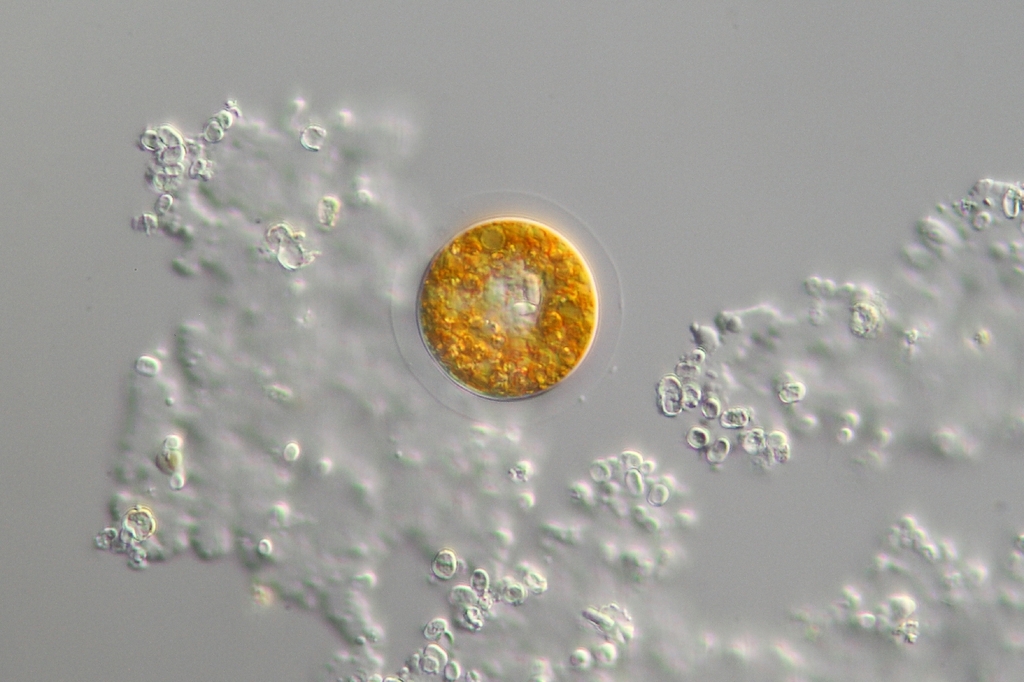 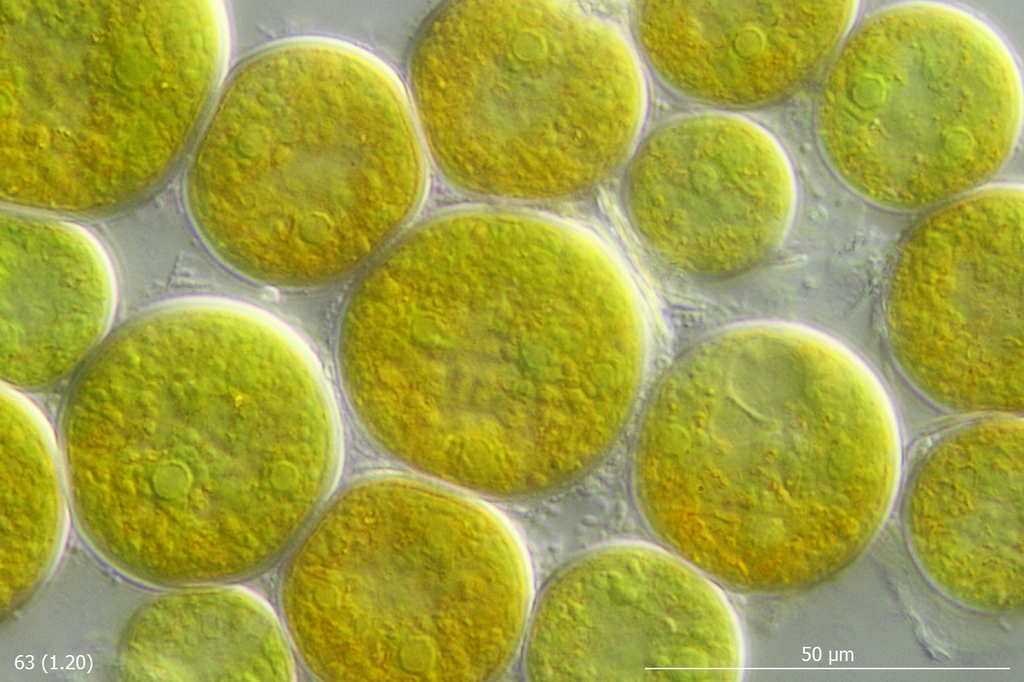 this is a very interesting sequence that you have presented here... Thanks!..

The clarity and detail is amazing!
Rick

First off great images and thanks for the tutorial. I think I have seen some in their green state.

Geko, who was active here until about two years ago use to post many nice images of red Heamatococcus.
Top

Geko, who was active here until about two years ago use to post many nice images of red Heamatococcus.

Absolutely stunning images. Some of those look like art, and they really are, quite frankly.
Top

Thanks all for the feedback.

Acc. to literature the flagella of hematococcus shall pass through "tubes" through the outer sheath. It is difficult to identify any details on photos.

I spent some time to get details, here is what I was able to capture on photos: 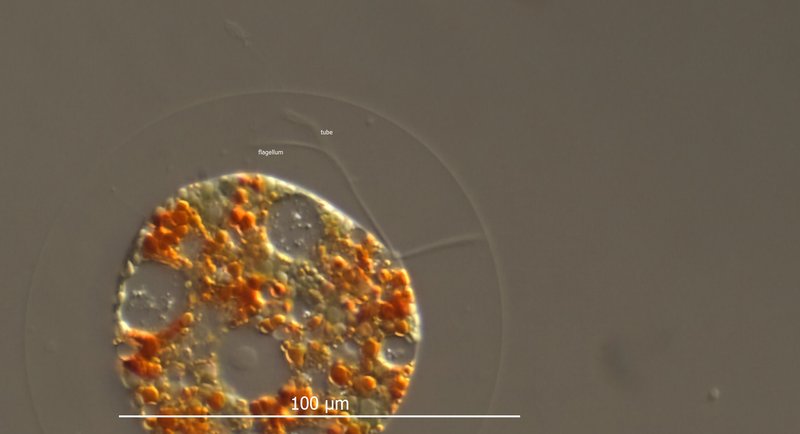 Under unfavorable conditions, motile cells lose their ﬂagella and transform into non-motile cells. Think the photo below shows such, flagellata is already lost and the empty tubes (Tb) remain inside the sporangium: 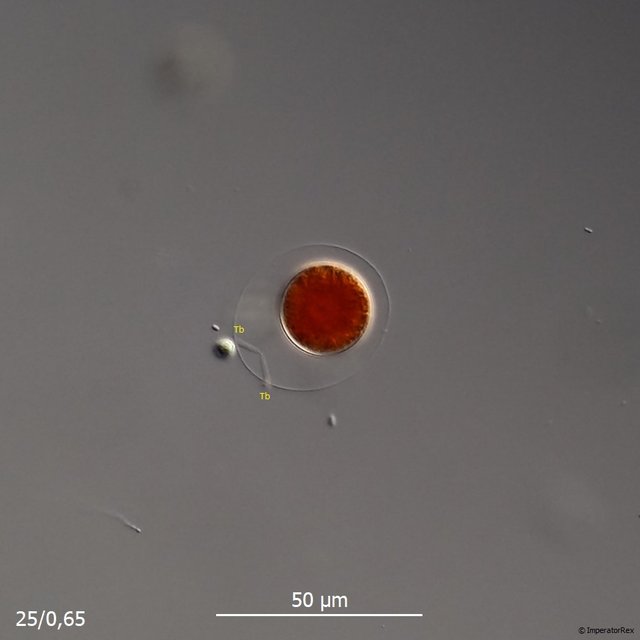 I found this in my birdbath this morning.
12 shot stack
Zeiss Axioskop. 40x ph2. 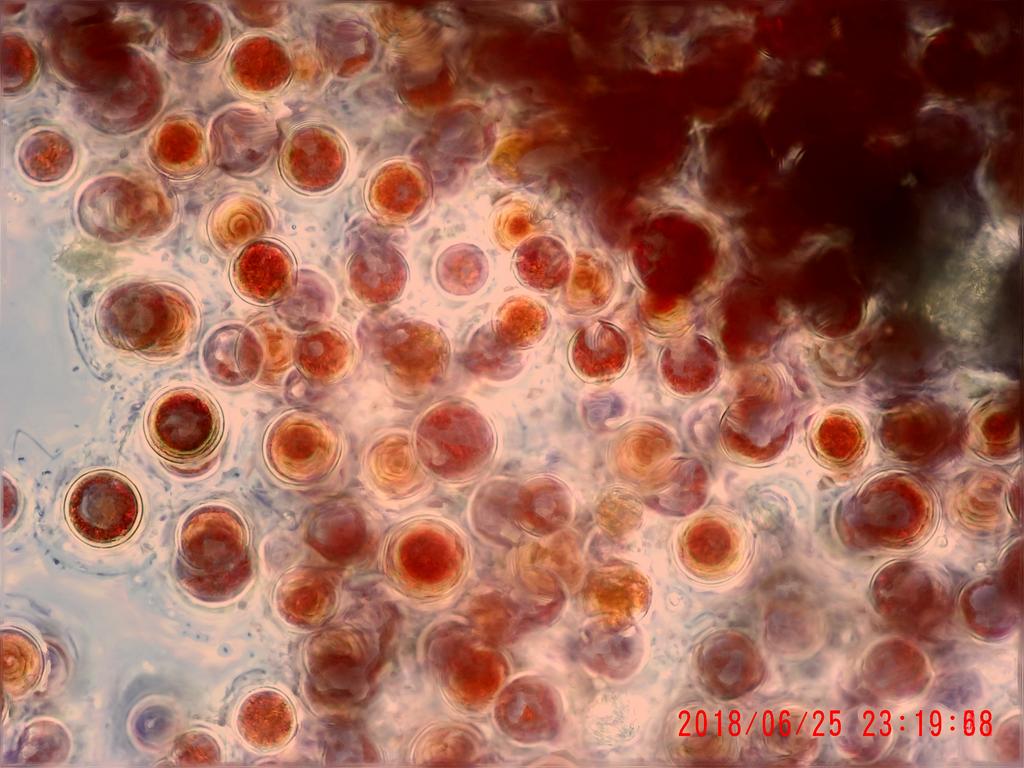